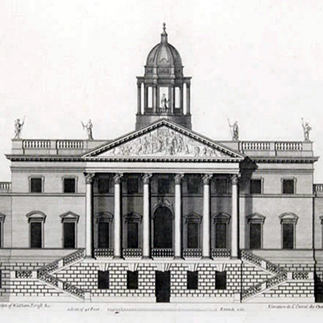 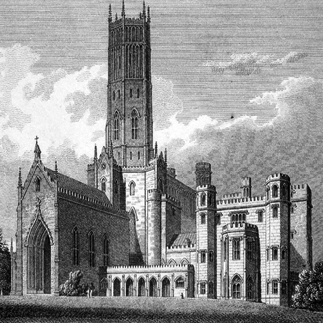 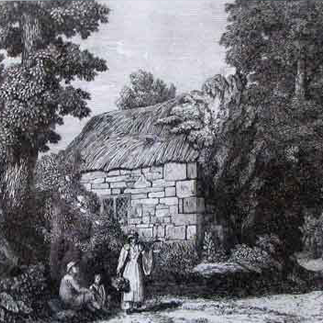 Henry G. Gastineau (1791-1876) was a topographer and landscape artist. He was born in London to a family of Huguenot descent hence the surname .. He trained as an engraver and then became a student at the Royal Academy. He exhibited at the Royal Academy from 1812 and with the Oil and Watercolour Society between 1818 and 1820. He was elected an Associate of the Old Watercolour Society (AOWS) in 1821 and became a full member two years later. He travelled extensively through  Britain, Switzerland and Italy. From 1827, Gastineau worked in Camberwell, south London as a drawing master and exhibited at the Watercolour Society for a total of fifty-eight years. He died on 17 January 1876 at Camberwell . Gastineau's unsold works were auctioned at Christie's on 19 May 1876


A contemporary of David Cox, Copley Fielding, George Cattermole, and Samuel Prout, he kept to the old manner of water-colour painting. Gastineau also devoted a great deal of his time to teaching, both privately and at various schools. Early in life he built for himself a house, Norfolk Lodge, in Cold Harbour Lane, Camberwell, and lived there until his death on 17 January 1876 in his eighty-sixth year. He was then the oldest living member of the Old Society of Painters in Water-colours.

The prints in this work are extensive, they cover a wide range of views in Wales and meet a high standard. The picturesque scenery within Wales is conveyed well as are the many castles, churches and other buildings of interest. The people in various parts of the country are expressed within their surroundings showing their way of life, therefore, their culture.The early industrial views such as Nant y Glo are particularly interesting showing the sheer scale of the industrial revolution in Wales and its impact upon the Landscape. . . .. these are priced according to condition from £5 for an unmounted untinted with some flaws to a tinted hopefully more  perfect version  or proof at £10 ea

As is common at this time the work was sold in many formats loose to bind yourself; south Wales; North Wales etc so the list is probably not yet complete . . ie PRODUCED IN VARIOUS COMBINATIONS, NORTH WALES, SOUTH WALES & COMBINED EDITIONS.

Wales Illustrated, in a Series of Views, Comprising the Picturesque Scenery, Towns, Castles, Seats of the Nobility and Gentry, Antiquities etc. Engraved in Steel from Original Drawings by Henry Gastineau. Accompanied by Historical and Topographical Descriptions . .

Other Books Contributed to

Menai Bridge. From The Anglesea Side.

Upper Fall of the Hepste

Lower Fall of the Hepste

Fall Of The Conway.

Fall Of The Ogwen. In Nant Frangon.

Llyn Idwal. In The Pass Of NantFrangon.

Pont Aberglaslyn. From The South.

Pass Of Llanberis. Near Capel Curig.

View In The Vale Of Beddgelert.

Fall Of The Rhydiol. Near Aberystwith.

Vale Of The Teify. Near Newcastle.

The Sands At Llanstephan.

Vale Of The Towy. Near Caermarthen.

Pont Y Cyssyllte. In The Vale Of Llangollen.


The Keep Of Ragland Castle.

The Tower Of Wrexham Church.

View In The Vale Of Llangollen.

Fall Of The Teify. Near Newcastle.

Remains Of The Cloisters Of Margam Abbey.

Remains Of The Abbey Church. Neath.

Part Of The Abbey. Neath.

Mill At Aber-Dylais. Vale Of Neath.

Harlech Castle. From The Tremadoc Road.

Chepstow From The Bridge.

The Sugar Loaf And Skyrrid Mountains.

Welch Pool. From The Park Of PowisCastle

Entrance Of The Harbour. Fishguard.

Remains Of The Priory. Haverfordwest.